IKEA Korea will open an online mall, on September 1, in line with its Swedish headquarters’ efforts to increase its online sales worldwide, the global home furnishing company‘s local subsidiary said.

“We will officially launch our e-commerce channel September to offer better accessibility to customers nationwide, because we have only two stores in Korea,” IKEA Korea’s country retail manager Andre Schmidtgall told reporters at an IKEA pop-up store in Seoul.

According to IKEA Korea, a distribution center has already been established to improve inventory and distribution management efficiency. The online shopping platform will offer a comprehensive range of products with a few exceptions such as foods.

The company is also considering various ways to cater to urban residents.

The chief executive said his company is moving to open more “customer touchpoints” in downtown areas around Korea to better understand their needs, as IKEA Group CEO Jesper Brodin said during his visit to Korea in April.

Including the opening of pop-up stores in Seoul, an IKEA Korea taskforce is conducting various tests to consider the possibility, according to Schmidtgall.

IKEA’s aggressive expansion in Korea is expected to weigh on domestic rivals such as Hanssem and Hyundai Livart, although the furniture makers have ostensibly taken a positive attitude toward the market competition so far, saying the rivalry can improve their productivity.

Schmidtgall, however, said the company still put emphasis on offline stores, citing the stores can display a wider range of products and allow the retailer to directly meet customers and respond promptly to their needs. He promised IKEA will continue to open additional outlets in Korea.

IKEA Korea, which runs stores in the Gyeonggi Province cities of Gwangmyeong and Goyang, held a groundbreaking ceremony recently for its Giheung-gu store in Yongin in the same province.

“We are eager to expand our customer touchpoints and reach more of the many people in Korea through the launch of e-commerce and IKEA Giheung, construction of which is set to be complete at the end of next year,” Schmidtgall said.

IKEA Korea also said it posted 471.6 billion won (US$425 million) in sales between September 2017 and August 2018, up 29 percent year-on-year. It did not disclose its operating profit. 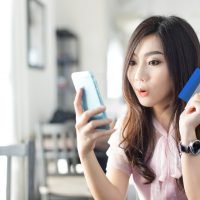 70% of online Japanese fashion sales through mobile phones
Next Article 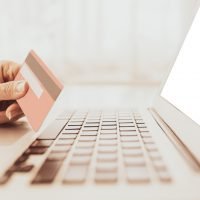 Into the minds of Hong Kong's online shoppers