Recently, the company acquired a controlling interest in Lazada for $1 billion, valuing the Singaporean e-commerce giant at $1.5 billion. Alibaba is poised to benefit from the expected growth in a fast-growing market space – particularly in Asia.

Alibaba’s international retail business has a sizeable presence across Russia, the United States, Spain, Brazil, France and the United Kingdom. The company aims to attain a customer base of 2 billion – from around 420 million currently – over the next 20 years.

Alibaba’s international retail revenues have surged from RMB 200 million in 2011 to RMB 2.1 billion in 2015. The company typically charges a 5% commission on the net transaction value to sellers on all transactions made on its website. The company generated around RMB 2.1 billion from international retail sales in 2015 – at a 5% commission the gross merchandise volume (GMV) of all transactions in that period can be estimated at around RMB 45-50 billion.

Last month Alibaba announced that it will open its first office in Melbourne, Australia to help expand its presence in the region. The other key development for Alibaba this year has been the acquisition of e-commerce company Lazada in April, as well as a $200 million investment in Indian e-commerce company Snapdeal.

According to a Forrester report, the total e-commerce revenue for China, Australia, Japan, South Korea and India combined will double from around $730 billion in 2015 to $1.4 trillion by 2020. China’s e-commerce market (in terms of gross merchandise volume) has overtaken the U.S. online retail market and became a $611 billion market in 2015, which could further increase to $1.1 trillion by 2020. Comparatively, the online retail market in the U.S. stood at $342 billion in 2015. 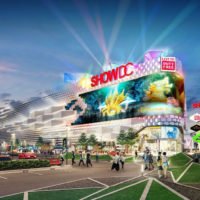 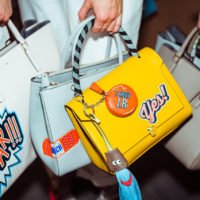