E-Bay Korea has been helping a number of small consumer goods makers by providing an online sales platform through which they can reach millions of buyers abroad.

Thanks to Gmarket’s global shop, some companies have even seen their overseas sales exceed what they sell in the domestic market as Chinese, Japanese and other foreign buyers flock to the online shop for a range of made-in-Korea consumer products. Gmarket is Korea’s largest e-commerce site operated by e-Bay Korea.

One of the beneficiaries is Coibana, a mid-tier cosmetics firm specializing in whitening cream and other skincare products, which began selling goods last August on Gmarket’s global shop.

Following extensive exposure to the site’s main page, the sales of the firm’s items have increased sharply as more foreign shoppers pay attention to what it offers.

In the first five months of this year, its sales through the global e-commerce site rose three times compared to its performance from August to December the previous year.

According to Coibana officials, its products are shipped to consumers in China, Japan, the United States, Vietnam and many other countries.

Skincare goods are popular in Ukraine, while many consumers in France and other European nations buy skin pore care items, they said. Whitening cream is the most popular item among people in the Middle East and Southeast Asia.

“When we first decided to sell our products to foreign consumers through cyberspace, we were struggling with a language barrier,” Coibana CEO Park Shin-ae said. “We were engaged with people from many different countries and our employees had a hard time dealing with them. But when we became part of Gmarket, e-Bay Korea took care of the language problem for us.”

Park said the company has received more inquiries from overseas buyers since its goods became available through Gmarket. “The e-commerce site has proven to be a perfect sales platform for companies likes us who want to reach both Korean and non-Korean consumers. We will continue to develop more sales channels overseas in cooperation with e-Bay.”

“We will continue to provide all the support we can to enable local firms to serve consumers abroad and grow into a global enterprise,” Lee said. 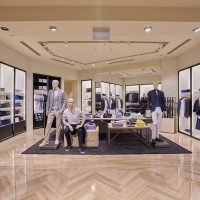 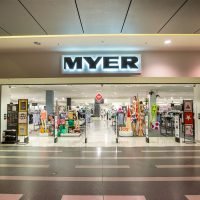