Alibaba is suing two vendors who sold fake Swarovski watches on its e-commerce platform, in what it claims is the first such legal action in China.

Counterfeiters are a scourge for Alibaba, owner of China’s biggest e-commerce platform, triggering clashes with regulators at home and abroad. It was sued by Gucci and other brands in the Paris-based Kering stable in 2015 and, less than a fortnight ago, was again placed on the US government’s blacklist of “notorious markets” known for peddling fake goods.

Alibaba said on Wednesday that it provided sufficient leads to enable Shenzhen Luohu District police to raid one seller last August and confiscate more than 125 counterfeit Swarovski watches, valued at some Rmb2m ($288,000). It has now filed a lawsuit in Shenzhen against it and another vendor claiming Rmb1.4m in damages for contract and goodwill violations.

“We want to mete out to counterfeiters the punishment they deserve in order to protect brand owners. We will bring the full force of the law to bear on these counterfeiters so as to deter others from engaging in this crime wherever they are,” said Zheng Junfang, Alibaba’s chief platform governance officer.

Lawyers said the move was long overdue and a necessary step in the face of growing criticism from regulators and manufacturers — specifically from makers of luxury goods, which are regularly ripped off and sold in online marketplaces.

“They are trying to prove they do take it seriously and are trying to do something to get rid of fakes on their platforms, even if it’s just a claim in Shenzhen,” said Paul Haswell, Hong Kong-based Technology Media Telecoms partner at international law firm Pinsent Masons.

Alibaba has listed other counterfeiters against whom it plans to take legal action. It is harnessing big data — more commonly used to help sell more goods — in the fight, said Matthew Bassiur, Alibaba’s head of global intellectual property enforcement.

“Big-data analytics enhance our ability to identify and pursue counterfeiters, and make it increasingly difficult for these illicit sellers to hide in the shadows,” he said.

Mark Robinson, head of technology in Asia for law firm Herbert Smith Freehills, said the move was relatively unusual, as platforms such as Alibaba were generally reluctant to get involved in policing sellers.

“I would imagine they were pressured by the brand rather than a trend towards being more proactive about what is going on to the platform,” he said. “But once they start [taking action] everyone thinks they can get some progress, so it does tend to open the door a bit.”

Alibaba’s touted crusade against fakes took a knock last year, when founder Jack Ma boasted that fakes were often “better quality and better price than the real names” — drawing criticism from goods makers for seeming to be complacent about Alibaba’s record on fakes.

Alibaba, which listed on the New York Stock Exchange in 2014, has claimed it is making progress — in 2016, removing more than twice the number of infringing product listings than the previous year. 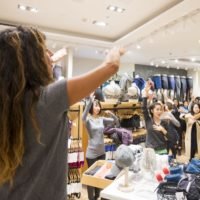 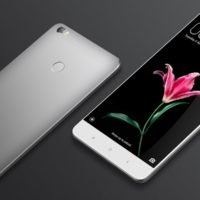