Alibaba Group Holding’s first-quarter revenue jumped by a better-than-expected 59 per cent as more Chinese went online to buy everything from appliances to furniture, while new investments in media, entertainment and cloud computing paid off.

Sales soared to 32.15 billion yuan (HK$37.55 billion) for the three months to June, better than the 30 billion yuan estimated in a Reuters poll of analysts.

“When I look at each of our business segments across the board, we’ve established strong competitive positions and firm foundations for future growth,” said executive vice-chairman Joe Tsai on a conference call with analysts and journalists after the results were announced.

The company, based in eastern China’s Hangzhou city, operates the world’s largest online retail platforms, holding the record for selling US$14.32 billion of merchandise on the so-called “Singles Day” of November 11 last year.

Gross merchandise volume, or the total value of transactions carried out by third-party sellers in its Taobao Marketplace and T-Mall.com, grew 24.4 per cent to 837 billion yuan in the quarter.

Cloud computing was Alibaba’s fastest-growing business, with the unit reporting 577,000 paying customers, doubling the combined revenue contribution to the total. 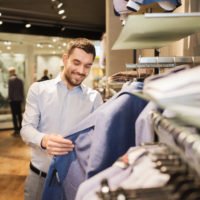