5 e-commerce startups to watch in Australia

In 2015, the Australian e-commerce market achieved 9.3% growth with $19.02 billion recorded in online purchases and transactions. According to A.T. Kearney’s 2015 Global Retail E-Commerce Index, Australia remains in the top 10, behind heavyweights the US (1), China (2) and the UK (3), with Japan (4) and South Korea (7) the only other Asia-Pacific countries to pip Australia for overall e-commerce market share.

Australia’s business knowledge and relative closeness to China has seen the nation found and export several e-commerce start-ups recently. Australian fashion, beauty and footwear e-tailers are receiving solid backing from local and foreign firms, allowing the entrepreneurs to expand product offerings and entry international market such as China and the U.S.

Here are five e-commerce startups to watch in Australia for 2017.

Mon Purse is a design-your-own handbag brand hailing from Sydney. Founded by Lana Hopkins in 2014, the mass-customised Italian leather goods start-up first got underway after a small seed round in 2014 to launch the business in Australia. In July last year, an angle round secured in an undisclosed sum and in June 2016, a further $3.1 million was taken in a series A capital raise.

The latter secured the online bagmaker’s first U.S. retail concession. Mon Purse has now signed a deal with department store giant Bloomingdales, and from December, Americans will be able to purchase handbags through monpurse.com and in-store at Bloomingdales, 59th Street, New York.

Customisable footwear brand Shoes of Prey is another Australia e-commerce platform where women can create an individual fashion item – with a click of the mouse. In 2015, Shoes of Prey secured $15 million in funding from Nordstrom and invested in interactive design studios across five locations in the US, and more locally at David Jones’ flagship Sydney store.

More recently, in a move to maximise profits, founder Jodie Fox shuttered her start-up’s complete physical store presence in November, in a bid to focus purely on online and product development.

The latest collaborative move from Shoes of Prey comes via Australian beauty editor Eleanor Pendleton. Creator of blog ‘Gritty Pretty, Pendleton has designed a range of five shoes for the e-tailer. Dubbed ‘The Renegades’, it pays tribute to the women who have shaped Pendleton’s life and inspired her.

James Wakefield and Robin McGown are the corporate honchos-turned-tailors behind online custom suit store, Institchu. The duo met at university, took on roles as a stockbroker and property consultant, respectively, and founded the company in 2012.

InStitchu customers can design custom-made suits online. Men provide their measurements to have their specific suit of choice tailored. Customers pick out their fabrics and suit design then submit their order, which is then delivered after a couple of weeks

After four years, Institchu is worth some $10 million. A tailored suit sells for between $400 and $1000. Solidly established in Australia, the US market is the next entry point. 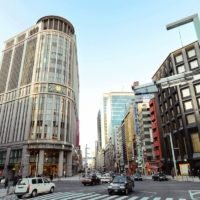 Isetan Mitsukoshi to launch online duty-free with Tmall
Next Article 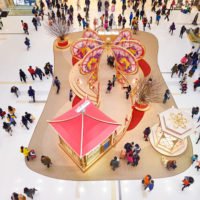 Need more foot traffic? There's an app for that