Luxury womenswear platform Net-A-Porter has unveiled its latest fashion edit, promoting emerging designers from South Korea, as the international e-commerce site looks tap into the popularity of K-pop and K-beauty sweeping the industry.

Launching this October, the YNAP-owned Net-A-Porter has curated its ‘Korean Collective’; featuring a selection of South Korean brands and capsule collections.

The new collective is based upon the concept of the “high-low mix, taking direct inspiration from the thriving street-style scene of Seoul,” said the London-based Net-A-Porter in a press release.

“The Korean Collective designers are the perfect balance of bold yet paired back, colourful but tasteful, masculine mixed with feminine. There is something unique coming from this youthful culture which is appealing to the global customer – whether it is the interesting styling, the streetwear trend or the mix of high and low which are all so prevalent on the streets of Seoul,” said Elizabeth von der Goltz, global buying director at Net-A-Porter.

Korean designer Andersson Bell has created a collection of 12 classic pieces, while emerging label Pushbutton has focused on playful femininity and offers an exclusive sneaker-capsule with Brandblack. Lastly, 1064 Studio brings a collection of jewelry, featuring artful versions of Ancient Korean tiles and ceramics.

The other two brands in the collective previously took part in the Net-A-Porter Vanguard emerging fashion designer mentorship program.

Gu_de, from the competition’s first season, has added two new styles to its handbag collection, and Le 17 Septembre has added six Made-In-Korea items based on “everyday life.”

The ‘Korean Collective’ is an exclusive offering to Net-A-Porter and will be available for purchase from October 15. It will be supported by a full campaign and event at Seoul Fashion Week. 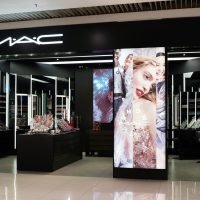