Thailand’s Berli Jucker Pcl (BJC.BK) said it planned to sell bonds and new shares via a rights issue and a private placement to raise up to 214 billion baht ($6.02 billion) and pay debt used to fund its acquisition of Big C Supercenter Pcl (BIGC.BK).

The fund raising is part of Berli’s capital restructuring plan and for strengthening its balance sheet after money raised for the acquisition increased its debt to equity ratio to 4.98 times.

The company said in a statement on Thursday that it would issue up to 2.4 billion new shares, of which 1.6 billion would be offered via a rights issue at 35 baht each.

Another 800 million would be privately placed to specific investors. The offer price will be fixed later but should not be lower than 35 baht each, Berli said.

Apart from the 84 billion baht to be raised from the share offer, Berli said it planned to sell up to 130 billion baht of bonds, and the proceeds will be used to repay debt.

The plan is subject to approval from shareholders on June 29. 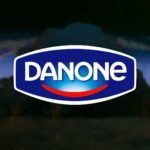 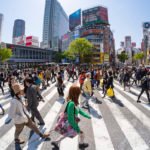