Soft opening on 8 December 2016, Sunway Velocity Mall (SVM) in KL South is set to be the new top destination for shopping, entertainment and social interactions for the 1.72 million residents of Cheras and Ampang. The seven-storey mall with 1 million sq ft of retail space houses big retail names including the first AEON MaxValu Prime in the country and the third after Japan and Hong Kong. The other two main anchors are Parkson and TGV Cinemas. TGV Cinemas at Sunway Velocity Mall will house the biggest IMAX screen in Malaysia, providing the world’s most immersive experience to moviegoers in Kuala Lumpur. Other key tenants include Uniqlo, Harvey Norman, Padini Concept Store, Popular Bookstore, Home’s Harmony, Toys ‘R’ Us, JD Sports and CHi-X Fitness. SEE ALSO: 7-Eleven expands further in Malaysia with parcel lockers Design wise, Sunway Velocity Mall has a neo-futuristic façade with a ‘KL Orb’, which lights up in the evenings with colourful LED lights. Inside, shoppers can flow through four different precincts, Vanity Hall, Marketplace, Food Street Food and Commune @ The Balcony. For the soft opening of Sunway Velocity Mall, its main atrium will be transformed into an urban Christmas Wonderland with a 30 foot tall Christmas tree surrounded by oversized presents and ornaments. The mall has also decided to celebrate the date (8 December 2016) with an opening campaign called the “Everything 8 for 8 Days” promotion where too-good-to-be-true deals are set at astonishing prices of RM0.80, RM 8, RM 80 and more. Campaign runs from opening till 15 December 2016. OnePlus to stick to online sales strategy
Next Article 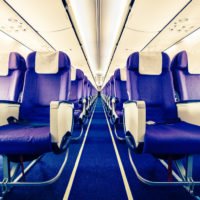 Ryanair CEO: Flights will be free within 10 years