Southeast Asian property giant SM Prime Holding has opened a massive new shopping mall in Tianjin, China — its seventh and biggest retail hub in this market and the biggest so far in its entire chain of malls.

With a gross floor area of 565,000 square meters or just about as large as three football fields, SM City Tianjin is the newest landmark at the Tianjin Airport Economic Area within the emerging Binhai New Area, the largest free trade zone in Northern China.

The new mall had a soft opening on 17 December. This newest architectural jewel is designed by ARQ, a world-renowned design agency. It has three structures positioned to look like a large blossoming flower from above, symbolizing growth and new opportunities, SM Prime said.

The mall is adjacent to the airport and is accessible through the cities of Beijing and Qinhuangdao via buses, expressways and high-speed railways. 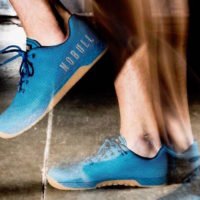 Panasonic’s new checkout machines scan and bag items by themselves