The temporary store opening marks a significant step forward in the new history of Sergio Rossi, having a strong existing heritage of more than 60 years, and further supports the brand’s commitment to retail expansion in Asia by bringing its iconic Italian luxury designs to Singapore.

The store embodies the hallmarks of the Sergio Rossi world, the striking set up displays the collections designed for the woman of today: dynamic, empowered, unafraid of evolving, and confident enough to never take herself too seriously.

The pop-up store will be open to shoppers starting from 1st December 2019 till April 2020.

Sergio Rossi chose Bluebell Group as its partner to lead the expansion in Singapore.

The brand is renowned for its craftsmanship and feminine designs. The Sergio Rossi label was owned by the French Group Kering until it was sold to Italian buyout firm Investindustrial in December 2015, and is currently headed by Riccardo Sciutto as the CEO.

Sergio Rossi finds its roots in Emilia Romagna, Italy. The founder inherited from his father, a shoemaker, the tools and the traditions of an artisan. After a few years, the first shoes bearing the Sergio Rossi signature were produced, marking the first official collection of the brand.

Since the beginning the brand was associated with high quality and craftsmanship, which was recognized through collaborations with fashion designers, including Versace and Azzedine Alaïa.

In 2009, Sergio Rossi launched the Eco Pump to kick off its sustainability commitment. The pop-up store will house new styles ranging from the sr1 collection of shoes featuring the brand’s distinct rectangular plate hardware detailing to the eye-catching maxi ‘SR’ lettering logo embellishments of the srIcona series and the sensual funnel shaped block heel of the Godiva collection that supposedly resembles the feminine silhouette when seen from the back. 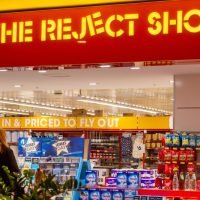 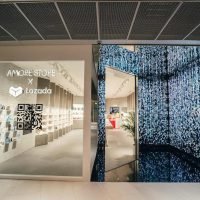