“& other stories” is about to open a third store in Korea

“& other stories”, which HENNES&MAURITZ INTERNATIONAL launched for the first time in Asia, will open its third store in Shinsegae Starfield Goyang in August. Apgujeong Rodeo store, the first flagship store in Korea and Second store in Starfield Hanam, have been operating since March. With the positive responses from Korean consumers in these two stores, the third store will be opened in autumn.

In the global market, “& other stories” was launched in March 2013 and operates about 50 stores in 14 countries. Belgium, Denmark, Finland, France, Germany, Ireland, Italy, Netherlands, Poland, Spain, Sweden, the United Kingdom, the United States and Korea.

“& other stories” has different operational and design aspects from H & M and COS in the same H & M group. First of all, unlike H & M that launches new products twice a week, “& other stories” launches seasonal collection. In addition, MD makes a collection of different colors for each atelier in Paris, Stockholm and Los Angeles.

“COS” is simple and has a long Nordic design, while “& other stories” is mixed with the emotions of various countries as two brand founders are from Sweden Stockholm and Paris, respectively. Among the three studio workshops, the Stockholm atelier has a feminine feel, emphasizing the simple, avant-garde. LA atelier is more casual and active, and Paris is as ruffle-like and colorful.

The price range is higher than “H & M”, which is a mid to low price, but lower than “COS”. Unlike most global SPA brands that have entered Korea, there are no men’s wear categories or children’s wear lines. The brand focuses on women only and presents accessories, shoes, bags, jewellery, beauty, stationery, and innerwear collections.

SEE ALSO: Clothing giant H&M vows to use only sustainable materials by 2030

Apparel and beauty account for about half of the total. In the beauty category, it is mainly body goods rather than color cosmetics.

The interior of the store also focuses on the feeling of nature-friendly by combining the green-coloured flower pots and decor items on the white background. The size of the store is the largest at 722 square meter in Starfield Hanam, and the 3-story at 660 square meter of Apgujeong Rodeo, which has taken over the position of “H & M”. Stafield Goyang, which will be opened in August, is 500 square meter. 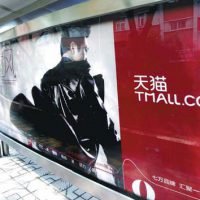 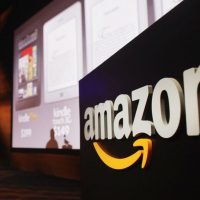