Fashion and lifestyle retailer Muji has opened its debut store in New Delhi, as the Japanese firm looks to increase its retail footprint in India.

“After a tremendous response in Bengaluru and Mumbai, we are very excited to begin a new chapter of our Indian story with the launch of this store,” said Matsuzaki.

In April 2016, Ryohin Keikaku announced it had entered into a joint venture with Reliance Brands for the distribution of Muji in India. Ryohin Keikaku also announced that it had become the first-ever Japanese retailer to receive individual approval for Foreign Direct Investment from the Indian government’s Foreign Investment Promotion Board.

However, India’s domestic regulations do not permit Reliance to open formats like Muji cafes locally.

At the New Delhi opening, Reliance Brands, president and CEO, Darshan Mehta said: “[Muji’s] unparalleled brand offering, both in terms of use and price appeal, is sure to attract consumers across age groups and mind sets, making it the go-destination store.”

Based in Tokyo, Ryohin Keikaku Co founded Muji in 1980. The Japanese brand offers an extensive range of furniture, homeware, stationery, electronics, travel goods, beauty products and apparel and maintains low price-points by cutting costs in its packaging and processing, adding to the appeal of its minimalist aesthetic.

Today, Muji boasts more than 700 stores worldwide, 13 of which are in the US. It plans to increase its shop count to 800, mostly by opening stores outside of Japan. Muji has already said it plans an aggressive expansion in China, where it will add 72 stores in the next year.

SEE ALSO: Why is Muji so successful in China?

According to the company’s midterm business plan, revealed in April, overseas stores’ contribution to total sales is expected to rise to 42% in 2020, from 35% today. 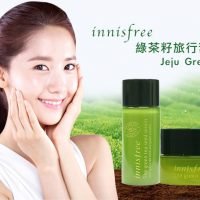