Starfield Hanam turns out to be a success

Shinsegae Group Vice Chairman Chung Yong-jin’s attempt to combine a shopping mall and a theme park has turned out to be a success, with Starfield Hanam celebrating its first birthday on 9 September 2017.

Starfield, the brainchild of Chung, is an attempt to create a “shopping theme park” that offers more facilities that allow visitors to spend time with friends and family rather than just shopping.

The move was Chung’s attempt to break a prolonged slump in the brick-and-mortar retail industry following the growing popularity of e-commerce.

Chung said he would “steal customers’ time instead of money” with the Starfield branches.

The Hanam branch, located just east of Seoul, is equipped with a two-story water park, recreational sports venue and a multiplex.

Starfield Hanam was also the site of Tesla’s first Korean showroom on top of other automotive-related stores such as Genesis, BMW, Harley-Davidson and Hyundai Motor’s electric car brand Ioniq.

“It has achieved more than what we initially targeted,” he added.

During its first year, Starfield Hanam attracted a total of 25 million visitors as of August 2017, with the number of visitors especially soaring during the summer period.

The retailer said the number of visitors jumped by more than 10 percent in July  and August 2017 compared to other months.

Of the total visitors, 85 percent were residents of Hanam, Gyeonggi. The remaining visitors came from all around the country, although people from Gangnam, southern Seoul, made up a quarter of the group.

To celebrate the first anniversary of the Starfield brand, a series of events will be held in all three of its locations in the next weeks – Hanam, COEX in Gangnam and Kintex in Goyang, Gyeonggi.

Starfield Hanam will hold a discount event with 200 of its stores offering up to 70 percent off products, the largest sale event since the mall opened. 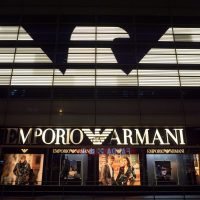 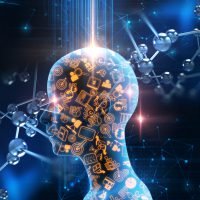 What retailers should know about machine learning