A major commercial complex called Ginza Six, in Tokyo’s posh Ginza shopping district, was unveiled to the media Friday ahead of its official opening on Thursday.

The 19-story building has six underground floors and houses 241 stores and restaurants, including flagship outlets for international brands like Celine, across a total floor space of around 47,000 sq. meters.

To accommodate the needs of foreign tourists, a terminal for sightseeing buses has been built within the premises and a service counter on the ground floor will provide currency exchange and duty-free services.

A traditional noh theater is located on the third basement floor, while offices occupy floors seven to 12.

The shopping center will have a stockpile of emergency supplies for up to 3,000 people who might be stranded in times of disaster, a scenario which had occurred during the 2011 earthquake and tsunami that hit the Tohoku region. The complex is also equipped with backup power generation.

Ginza Six was initially designed as a skyscraper standing about 200 meters tall, but the idea was not welcomed by other merchants in the area.

Existing stores worried that such a high-rise would tempt visitors to stay only in the one building and not explore other options in the neighborhood.

As a result, Ginza Six followed the local guidelines and kept the building’s height to 66 meters or less.

The complex sits on the former site of the Matsuzakaya department store, one of Ginza’s most well-known landmarks. 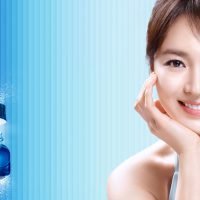 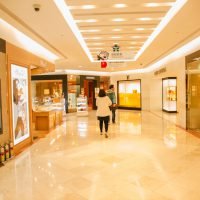