It is noticeable that online fashion shopping brands perform well in Japan, after China.

Global women’s brand “Stylenanda” opened its first flagship store in Harajuku in the center of Japanese fashion. In the early morning of the opening day, a long line of Japanese customers were waiting  for the store to open.

On May 11, day before the opening ceremony, various events were held for the press. Ruriko Kojima, the most popular Japanese entertainer, attended the event to celebrate the opening. The store also offered a catering service and allowed customers to take pictures with models, hence making the place popular.

Stylenanda, which already had success in Korea and China, is growing every year, such as it is now responsible for trendy fashion and beauty for women.

Stylenanda is an online shopping women’s apparel brand launched in Korea in 2005. Based on its online popularity, it opened its first flagship store in Hongdae and entered the department store for the first time as an online shopping mall brand. Since it opened in Lotte Department Store in 2012, it has recorded annual sales of more than 800 million won, and was ranked No.1 in the Chinese consumer preference brand of Lotte Department Store in 2014.

Thanks to its international success, the company is rapidly expanding by opening stores in China, Hong Kong and Singapore, thus strengthening its presence as a global brand.

In the same way, a few companies have been recognized as ‘Korean fast fashion brands‘ and now grow quickly by reflecting fashion trends and only selling a small quantity of products in various designs. 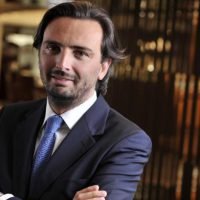