The record throngs of international tourists visiting Japan have failed to jolt the country’s department stores out of a slump.

In the same month, arrivals of tourists from outside the country surged 13 percent, according to Japan National Tourism Organization data.

A stronger yen has made Japan more expensive for tourists, while deflation and negative interest rates have sapped consumer confidence, making it harder for department stores to increase sales. Japan’s core consumer prices fell in July at the fastest pace since March 2013.

Sales at Takashimaya fell about 3 percent in August, after a 0.3 percent decline in the quarter ended May. Takashimaya, Isetan and rivals have featured more goods popular with tourists and have added staff to accommodate the rise in a bet it could help drive a rebound in sales.

Department stores are losing customers to drugstore chains such as Sundrug Co. and Matsumotokiyoshi Holdings Co., which offer discounted cosmetics and perfumes to foreign visitors who are seeking bargains.

Isetan Mitsukoshi said tourists these days prefer cosmetics, children’s clothes and other everyday items such as pillow over watches and consumer electronics.

Tatsuya Inagawa, an Osaka-based spokesman for Takashimaya, said the retailer noted a rise in the sale of lower-priced items such as stainless-steel flasks and baby bottles.

Customers making duty-free claims per month have increased as much as 30 percent this year, while average sale prices are down by as much as 15 percent, he said. 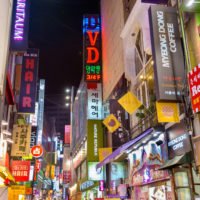 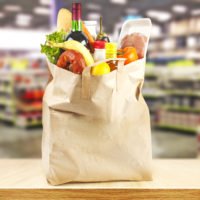