Hermès reopens store in the Marunouchi district of Tokyo

On 8th August 2020, Hermès announced the reopening of its newly renovated store in the heart of the Marunouchi district in Tokyo.

As the first Hermès store to open in Japan in 1979, which relocated to its current address in 2004, this address is reborn as a sophisticated and calm space, reaffirming the close and long-standing relationship between the Parisian house and Japan.

On the corner of the iconic Naka Dori avenue, near the Imperial Palace, the store invites visitors to pause and discover the variety of the Parisian house’s creations which echoes the natural surroundings, paving stones and leafy trees.

The exterior façade has been opened up with floor-to-ceiling windows that allow natural light to flood into the two-storey store. The previous orange colour has been replaced by a sleek black, including curtains of shiny metal slats on the second level, which reflect light throughout the day and create a distinctive modern look.

Upon entering, visitors are greeted by the Hermès ex-libris cast in the Australian green pearl and shiny black mosaic floor, inspired by the Parisian Faubourg Saint-Honoré flagship store. An open living room leads through to the jewellery and watches area, while the silk collections and perfumes give way to spaces dedicated to the leather and home universe. Upstairs, customers dive into the women’s and men’s ready-to-wear, accessories and shoe collections displayed in an intimate setting. Mobile partitions crafted in handmade Japanese washi paper can be easily moved to create a single open area.

The unique design of the store, conceived by the Parisian architecture agency RDAI, features traditional Japanese materials and techniques, with a colour palette inspired by nature and the Imperial Palace. The wall behind the staircase is covered in a stucco coating with a curved graphic design that evokes the patterns of a Zen rock garden. Bamboo and marble floors, in addition to the silk fabric which lines display cabinets and some walls, enhance the elegant yet understated atmosphere. The colour palette of the bespoke carpets on both levels draws inspiration from the surrounding area’s stone walls, paved streets, moss and tree trunks, all of which were key elements in designing the store.

On this occasion, Hermès invited Japanese design company Torafu Architects to reimagine the windows and create a world of enchantment entitled Rainbow horse.

The transformed store showcases Hermès’ exceptional know-how and invites both loyal clients and new visitors to explore the house’s freedom of creation and craftsmanship through its beautiful objects.

Through its annual theme for 2020, Innovation in the making, Hermès pays tribute to the extraordinary tool that is the hand, as well as to the ingenuity that drives every one of the house’s craftsmen and women, for it is this combination that characterises the innovative spirit of Hermès. 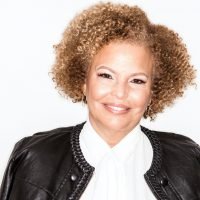 Procter & Gamble appoints new member of Board of Directors
Next Article 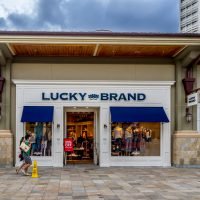