Michele first unveiled the new Gucci store look some five years ago, at the luxury brand’s Milanese flagship, and since then the brand has been redesigning its global store network.

“Today, we live in a world of contrasts and it is this that makes life interesting,” said Michele, at the time of unveiling his new store concept in Milan.

“The new store design not only brings together diverse elements, blurring the lines between the traditional and the contemporary but also allows the clothes and accessories to speak for themselves,” continued Michele.

Inside the Sydney store, the architecture and interior design is light and subdued, with plush elements like velvet armchairs offsetting harder surface and industrial elements, such as rivets.

The Sydney store also features by local artwork from Sydney-based curator and artist Edward Woodley, who was invited to create a series of paintings – as well as video and zine that document the making of the project, in partnership with Australian creative collective O.Z.O – inspired by ‘Epilogue’, Gucci’s latest Resort collection.

Shown recently in Milan as part of fashion week, the 133-piece collection was designed to be evergreen or seasonless, according to Michele, who in May said that Gucci would henceforth “abandon the worn-out ritual of seasonalities and shows” to “meet just twice a year.” 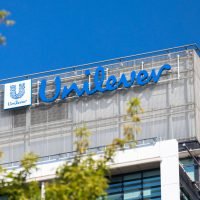