Shinsegae Group has achieved its final goal for the year, as another giant “theme park-style” department store has opened in Daegu on 15 December.

The grand opening of Daegu Shinsegae Department Store has been one of the retail company’s six major projects this year. Other projects include extensions of a Gangnam store and a Centum City store in Busan, as well as the opening of Shinsegae Duty Free, a department store in Gimhae and Starfield Hanam.

The most distinctive feature of the new store is the 5,000-square-meter Alive Aquarium on the ninth floor. Unlike other aquariums, mostly located on lower floors, this aquarium is on the top floor of the building, as the store can withstand the weight of the 2,000-ton aquarium and 6.5-magnitude earthquakes.

More than 80,000 customers have already registered as annual members of our aquarium,” said vice manager of the store Hong Jung-pyo.

Hong said the store’s theme park style was made to satisfy the needs of all ages and genders, which has been continuously emphasized by Shinsegae Group Vice Chairman Chung Yong-jin since the grand opening of Starfield Hanam.

The Daegu store accommodates a cosmetics select shop Chicor, which offers more than 180 brands of cosmetics from Korea and around the world to meet the demand of female customers who want to test various brands in one place, similar to French cosmetics store chain Sephora.

On the fifth floor, VIP customers can shop for luxury brands, including Louis Vuitton, Gucci, Ferragamo and Bottega Veneta. 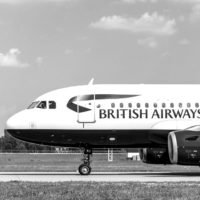