CapitaLand Mall Asia on said it has signed its first third-party mall management contract in Singapore with Singapore Post.

CapitLand will manage the SingPost Centre pre-opening and its general retail management once open. The mall covers five stories, and has a net lettable area of about 175,000 square feet.

Opening in the second half of 2017, the SingPost Centre will house the new General Post Office, as well as NTUC FairPrice, Golden Village, Kopitiam and other retail brands and family entertainment outlets.

The contract is the third mall management gig for CapitaLand in the last six months, after securing two contracts in China last year. This includes the management of retail stores in the Fortune Finance Center in Changsha and the mall in La Botanica, located in Xi’an.

Owned by CapitaLand Ltd, CapitaLand Mall Asia announced in August it aims to use management contracts to continue to increase its retail footprint in Singapore and Asia.

With this latest contract, CapitaLand said its network in Singapore has increased to 20 shopping malls with a combined total floor area of about 14.2 million square feet,

“The signing of our first third-party mall management contract in Singapore – also our third across Asia in quick succession – demonstrates the scalability of our asset-light expansion strategy to grow our assets under management,” said Jason Leow, CEO of CapitaLand Mall Asia.

“We continue to be on the lookout for suitable opportunities to enlarge our retail footprint through third-party management contracts, to complement our core strategy of developing, owning and managing malls in Asia.”

CapitaLand currently owns two malls in the eastern part of Singapore — Tampines Mall and Bedok Mall, while a third — the Jewel Changi Airport, is slated to open in early 2019. 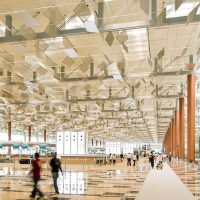