The retail network reflects Burberry’s repositioning in luxury fashion, as part of its multi-year strategy to transform its flagship stores into fully-fledged luxury destinations for wealthy shoppers.

“To ensure the in-store Burberry experience reflects our vision for the brand, we have translated our new creative vision to our stores with a new architectural and visual concept,” said the London-headquartered Burberry.

As a result, 14 Burberry stores have been renovated with the new creative aesthetic including Regent Street and Bond Street in London, 57th Street in New York City, Kerry Centre in Shanghai, and Cheongdam-dong in Seoul.

Inside, contemporary design and heritage style is featured throughout. Externally, Burberry is also making the redesigned brand logo a major feature.

In a bid to enhance the customer experience, around 50 Burberry stores globally have also received a new program to “improve front and back-of-house capabilities.”

The news comes on an announcement that Burberry will close 38 stores worldwide, as part of a new transformation plan led by CEO Marco Gobbetti to move more upmarket. It failed to disclose which stores would be shuttered.

For its most recent quarter, Burberry said sales for the year to March 30 remained stable at £2.7 billion, with operating profit down 6% to £438 million. 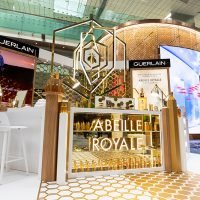