Blue Bottle Coffee arrives in Seoul in May

The long wait for Blue Bottle Coffee to arrive in Seoul will end on May 3, the coffee house announced through its Instagram account.

The first branch will be located in Seongsu-dong, eastern Seoul.

Blue Bottle is a California-based high-end coffee chain that roasts specialty coffee. It has stores across the United States, and operates 12 branches in Japan. Korea will be the brand’s second foray overseas.

Blue Bottle is well known in Korea and is seen as a must-visit venue when traveling to the United States or Japan. The Hangul hashtag for Blue Bottle has been used more than 141,000 times on Instagram.

“Koreans are very fond of coffee, and the coffee market here is very big,” said a spokesperson for Blue Bottle Coffee Korea. “Many Koreans visit Blue Bottle coffee chains [in the United States and Japan] as tourists. Blue Bottle Coffee decided to pick Korea as the next country [after Japan] to relieve the inconvenience [of being able to drink our coffee] only abroad.”

Korea ranks third globally in terms of the market size of the coffee shop industry, after the United States and China, according to a London-based research institute Euromonitor Korea.

Seongsu-dong is a popular spot among trendy young Koreans. The area used to be full of industrial warehouses and factories, but has since been transformed into a cultural space after young artists and designers moved in and remodeled the old buildings.

Blue Bottle plans to open its second branch in Korea in Samcheong-dong, central Seoul, in the second quarter.

Blue Bottle Coffee was founded by self-proclaimed coffee lunatic James Freeman in Oakland, California, in 2002. Swiss-based food giant Nestle acquired a 68 percent stake in the company for US$425 million in 2017. 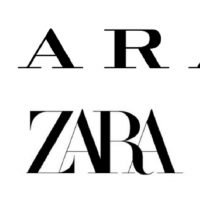 Why has Zara changed its logo?
Next Article 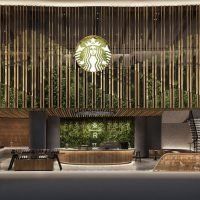