Amid a soft retail scene, one segment has been bucking the trend: beauty products. In fact, beauty brands are growing their bricks- and-mortar presence here in and around Orchard Road.

The move follows double-digit year-on-year growth through its current channels, said the spokesman, and the standalone store will facilitate a multi-channel business model, including e-commerce.

American brand Urban Decay, previously available only at Sephora, launched its first boutique in VivoCity in 2015 – also its first in the region. It now has stores in Bugis Junction and a flagship outlet in Ngee Ann City which opened last month. It said sales were “outperforming the market”.

Sales of NYX products at Sephora outlets have more than doubled between 2015 and 2016, but standalone stores allow the company to showcase more products, said marketing manager Jerraine Lim.

Vacancies for retail properties rose to 8.4 per cent at the end of the third quarter of last year – the highest level since the first quarter of 2011, according to data from the Urban Redevelopment Authority.

“Rentals could be sufficiently depressed to attract new tenants such as Nars into the shopping malls,” said Ms Ho.

Sales of colour cosmetics in Singapore are expected to grow annually to reach more than $278 million by 2020, up from an estimated $230.5 million for 2016, according to market research firm Euromonitor International.

This comes even as retail sales, excluding motor vehicles, have fallen every month since February last year, with the latest government data estimating a fall of 0.3 per cent in October over the same period in 2015.

Still, retail experts said cosmetics sales may be getting a boost as consumers trade big-ticket purchases for “small luxury” items such as expensive lipstick.

Cosmetics stores have an advantage as consumers like to try out products on their skin, while social media influencers help to boost sales by building hype, she added.

Apart from touting a wider selection of products and exclusive collections, the new boutiques have also incorporated experiential elements.

“Cosmetics stores are doing well in creating an experience for shoppers; other retailers should take note,” said Ms Lim.

Healthcare worker Erin Baker, who spends up to $300 a month on cosmetics, said she is excited that more brands are opening boutiques here. “I like going into the store and trying on make-up, and boutiques have a nicer atmosphere and more personal and attentive service,” said the 27-year-old. 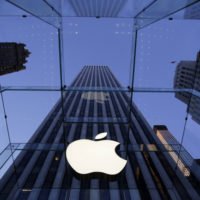 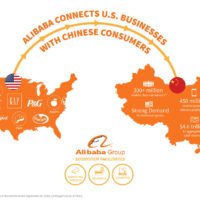