Anya Hindmarch Concept Store at Elements has opened on 13th November and it will last for 6 months.

Anya Hindmarch has become renowned for its production and creativity, and was the first accessories designer to hold an on-schedule London Fashion Week show. Highlights include shows with models emerging from within a giant space-age Amphitheatre, an artful suburban house that revealed a giant disco ball and pop-ups such as the Service Station at Selfridges London.

Matching the creative soul of the brand and the profound desire to engage the local consumers, following the customizable Neeson Collection, Anya Hindmarch launches Labelled Collection.

The featured collection in-store is Labelled Collection, a system of pockets, pouches and bags with embossed labels to ensure there is a place for everything and that everything is in its place.

Anya Hindmarch has worked with a number of friends who have chosen the contents to fill their labelled pieces with. These will be on display in the Concept Store:

Vanessa Cheung, founder at The Mills and Group Managing Director at Nan Fung, has filled the baby emergency kit.

Make-up Artist Will Wong has filled his make-up case and it will be displayed in the store at a later stage.

Sarah Andelman, founder of Just An Idea and formerly Colette in Paris, filled the lunch box with fun global finds and Brand Consultant Yasmin Sewell filled her inflight case with everything she needs from take-off to touch down.

Anya Hindmarch founded her business in London in 1987 and it has since grown into a global brand with over 30 stores – including flagships in New York, London and Tokyo.

In Hong Kong, Anya Hindmarch has been operated by Bluebell Group, its partner of choice since 2006. 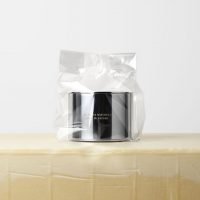 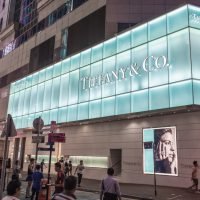