Within Japan, GEO Holdings has more than 1,900 shops and EC stores, including GEO Shops, which sell and rent DVDs, CDs, and video games, and 2ND STREET, which handles the sales of pre-owned products, including clothing, furniture, and appliances.

Beginning in 2018, the first 2nd Street shops outside of Japan began to open in the United States and in Malaysia. The first shop in Taiwan is now set to open as well.

Prior to the opening of this first shop, a 2nd Street pop-up shop was opened to perform test marketing for Taiwan expansion plans. The pop-up was situated in Breeze Nan Shan atre, in Taipei, from 24th April to 31st July, 2020. The pop-up attracted the interest of many customers and gave 2nd Street a feel for the market potential in Taiwan.

2nd Street Ximen Taipei will carry approximately 7,000 luxurious items, including clothing, handbags, shoes, and accessories, carefully selected from approximately 670 2nd Street shops within Japan. Those items will include selections from Japanese designer brands such as COMME des GARÇONS and UNDER COVER, as well as internationally popular luxury brands like Louis Vuitton and Chanel. The array of items will include reasonably priced quality selections from designer brands and boutiques in the United States and Europe as well. This shop will also offer a purchasing service, in addition to sales.

The shop in Taipei will be laid out, as is the case for 2nd Street shops in Japan, in ways that categorize the different items and genres, making it easier to find what customers are looking for. It will also include venues to brandish and sell recent fashion trends, including street style and casual style. The hospitality provided at the shop will also draw heavily from the Japanese hospitality tradition.

The 2nd Street Ximen Taipei shop is located in the Ximen neighborhood, in an area often referred to as Taipei’s downtown. Streets are lined with cafés and boutiques, and the area is known as the launching pad for Taiwan’s youth culture and trends. With a wealth of fun shopping opportunities, the area is a draw for both locals and tourists.

Plans call for the opening of three 2nd Street Taiwan shops by March of 2021.

Sadaharu Deguchi, Chairman and General Manager, said “After running a pop-up shop in Breeze Nan Shan atre, through to the end of July, and in advance of opening of first shop this month, we are honored to announce that we can confidently open that first shop. Our aim is to expand the fan base for 2ND STREET with a combination of the experience developed in Japan for the re-use business and the retail management skills beloved by the people of Taiwan. I sincerely hope that 2ND STREET Ximen Taipei will become an attractive location for many customers.” 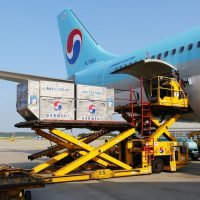 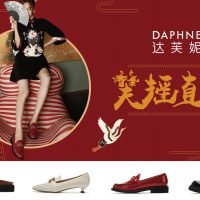