Celebrating its tenth birthday, Sandro Homme has collaborated with Mr Porter for a men’s capsule collection.

In partnership with the UK e-commerce platform, the Paris brand, launched in 2008 by Ilan Chétrite (son of Sandro founder Evelyne Chétrite), proposes a minimalist, French style collection made up of 16 pieces.

Starting from 95 euros, key items include a pair of mule-style moccasins, a terracotta-tone bomber jacket and camel chinos.

In creating a ‘nonchalant Parisian’ offering for men, Chétrite took inspiration from a continental summer: “Somewhere in Europe, along a rocky coastal landscape, I pictured the ambiance of a late afternoon after a day at the beach.”

The line serves as a special release for Sandro, which is already distributed in more than 210 points-of-sale across the globe.

For Mr Porter, the menswear component of luxury platform Net-A-Porter, the line is one of several recent brand collaborations to hit its online site. Most recent tie-ups include knitwear brand The Elder Statesman and luxury powerhouse Prada.

In April 2016, Shandong Ruyi bought a controlling stake in SMCP for 1.3 billion euros in one of the largest overseas acquisition deals in China’s fashion industry.

After the acquisition, SMCP stepped up its global expansion plans, especially in China’s e-commerce sector.

For the most recent quarter, SMCP posted a 12 percent rise in first quarter revenue to €252 million euros (£219.94 million). At the time of reporting in April, the group said it was boosted by demand from Chinese consumers. 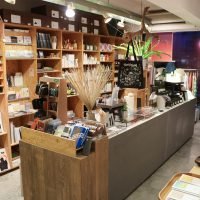 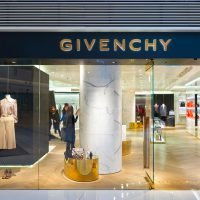