Following the successful launch of Funan and Jewel Changi Airport in Singapore in 1H 2019, CapitaLand has added another feat to its track record of creating iconic integrated developments with the opening of Raffles City Chongqing in China.

SEE ALSO : What to expect from the new Funan?

The first component in the 1.12 million square metre (sqm) megastructure to welcome the public was the 235,000 sqm shopping mall, which launched on 6 September 2019,
with a 95% committed occupancy.

About 40% of the over 400 international and local brands are new-to-market brands, flagships or new concepts. The largest mall to open in Chongqing this year and the latest must-visit destination in the bustling metropolis, Raffles City Chongqing registered a strong shopper traffic of over 900,000 during its opening weekend.

Raffles City Chongqing is located in Chaotianmen, a historic site referred to as the crown jewel of Chongqing that offers magnificent views of the Yangtze and Jialing rivers converging. It is Singapore’s and CapitaLand’s single largest development in China at RMB24 billion (S$4.8 billion).

Mr Lucas Loh, President, China, CapitaLand Group, said: “The opening of Raffles City Chongqing marks a new milestone in CapitaLand’s contribution towards and benefitting from China’s urbanisation push. As the ninth Raffles City development to turn operational, it is by far our largest and most complex integrated development.”

“Seven years in the making, Raffles City Chongqing is a megastructure that melds astounding architectural design with sustainable urban planning. The development was purposefully built to spearhead the renewal of the Chaotianmen riverfront district with world-class live-work-play amenities and improved accessibility. We are confident that Raffles City Chongqing will catalyse new opportunities to fulfil Chongqing’s global city aspirations,” he continued.

“Value-added services such as augmented reality navigation, restaurant booking and carpark reservation are supported by the CapitaStar app. In addition to curating an attractive tenant mix, we have also created public spaces with regular art and heritage showcases for the public to enjoy, learn and discover. Raffles City Chongqing is at once a showcase of local culture to the world and a beacon of international sophistication in the aspiring global city; in short, a destination for both residents and tourists,” he continued.

A collection of local and international brands

Bringing Chongqing to the world, Raffles City Chongqing features about 40 well-loved local names. Shoppers are greeted by authentic local experiences at the first level of the mall, with a Yangtze River zone designated as a local cuisine and dining cluster, and a Jialing River zone for local gifts and memorabilia.

Tickets to the viewing gallery at The Crystal, Raffles City Chongqing’s much anticipated 250-metre high sky bridge, will also be available for purchase at the first level when it opens in 1H 2020.

F&B brands marking their debut in Chongqing include Haidilao hotpot, TWG Tea, and Spacelab, an “internet celebrity” restaurant that uses spiral slides to serve food to its customers.

The spacious interior of the mall has been designed to enhance shoppers’ comfort and well-being. In addition to providing personalised guest relations, the mall also features family-centric amenities including a 300 sqm nursing room with panoramic river views.

A specially concocted signature scent welcomes shoppers upon entering the mall, immersing them in a multisensory experience.

Located at one of Chongqing’s top attraction sites, the shopping mall features a 24-hour pathway connecting the Jiefangbei pedestrian street with Chaotianmen Square. The pathway also showcases artefacts to highlight Chongqing’s illustrious past and its importance in Chinese history. 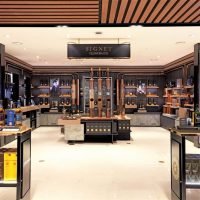 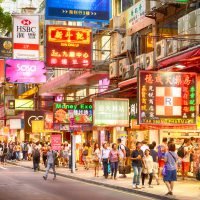 Hong Kong's tourism industry is suffering from the protest