Canada’s M0851 is expanding in Japan

After first entering Japan more than a decade ago, M0851 recently opened its first pop-up shop at Kokura Izutsuya in Fukuoka on April 17, which is now shuttered, after several days of retailing. The Montreal-based retailer of full-grain leather bags and accessories has now opened a second pop-up in Osaka, where the store will remain open until June 16.

“We are planning on opening new stores in Japan in the next two years in collaboration with our partner distributer in this market,” confirmed M0851 to FashionNetwork.com.

“This pop-up location was selected based on business strategy aiming to test this particular market, and to give exposure to the brand.”

The company declined to provide further information on location and dates for the new stores.

Founded in the early 1970s by Frédéric Mamarbachi, the Montreal-based company started out as a wholesale business, distributing leather bags and other leather goods. In 1987, Mamarbachi relaunched the firm under the label Rugby North America, before reviving it again in 2003 under the name, M0851.

However, the company went on to face operational woes. In 2017, the company filed a notice under the Bankruptcy and Insolvency Act and closed several franchised and corporate M0851 stores, including in Madrid, Paris, Los Angeles, Boston, and Ottawa.

It currently operates 13 store locations, with a flagship in China and four stores in Japan. The business today is worth over $25 million. 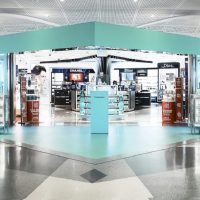 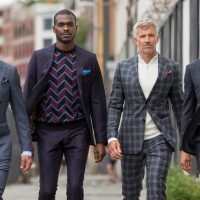