The Cambridge Satchel Company is coming up on a year-and-a-half of operating its Tmall shop, and the response from Chinese consumers has been better than anticipated, according to the label’s founder and CEO Julie Deane. When the UK’s iconic leather handbag brand launched its shop during Singles’ Day (November 11) in 2014, it intended to sell 2,000 bags, and instead, sold four times that amount. It’s all been enough to warrant an exclusive Autumn/Winter 2016 launch of five new bags on its Tmall store as part of Tmall’s “Super Brand Day” promotional event.

To celebrate, Cambridge Satchel Company hosted a British-style garden party in Beijing on May 24, complete with sandwiches, tea, scones, and clotted cream, all for VIP customers, media, and KOLs. Among those in attendance was microblogger Mr. Bags, who came with his taupe Cambridge Satchel push lock bag in tow, and Beijing-based fashion blogger Ana Coppla.

This was the first time Cambridge Satchel Company has participated in Tmall’s Super Brand Day campaign, joining other luxury brands like Maserati (which sold out of its 100 Levante SUVs in 18 seconds on its Super Brand Day event), L’Oreal, and Casio. The day was a chance for Cambridge Satchel Company to launch bags in periwinkle blue and dusky rose, two new colors in the push lock, mini satchel, and traveler bags, inspired by late summer flowers in a British garden.

Deane said that one of the key reasons the bags have found such success in China is because they’re available at accessible price points (the smallest bag runs just over US$100), but still deemed a coveted and quality accessory by celebrities and high-end brands, including those who have done collaborations with them like Comme des Garçons and Vivienne Westwood. It’s this commitment to accessibility that Deane said has helped them in the midst of China’s economic slowdown.

Chinese consumers have no excuse not to get the real deal—they can order on the website any style they want—Deane said the satchels tend to speak to a more confident consumer in China, but they have something for everyone, from fashion-forward to vintage fiend. And when it comes to defining style, price helps: “They can buy another one next year if they see something in a different color.” 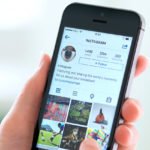 Instagram plans to give retailers new analytics tools
Next Article 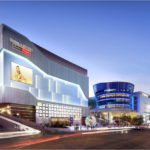