Big C unveils its expansion plan of USD140-160m. The retailer is going to open 6 hypermarkets, mainly in the Northeast and South of Thailand, three Big C Market stores upcountry, including in the Northeast and about 75 Mini Big C stores, of which 50 will be through franchising.

More investment in hypermarkets
Though the company is keeping the current speed of expansion, more hypermarkets will be opened in 2016. In 2015, Big C opened two hypermarkets in Nan Province, and in the Ampur Kranuan, Khon Kaen Province. The new major shareholder BJC will facilitate Big C’s expansion with logistics support.

The new stores
The first Big C Supercenter opened this year is located in Ranong, the least populated province of Thailand. The stores has about 4,000 sq. m of sales space, and attracts 10,000 shoppers daily. The store also hosts the first cineplex in the province, which increases the footfall at the weekend. The total investment of Big C Ranong is THB400-600m (USD11-17m). 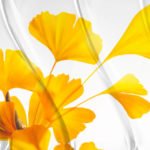 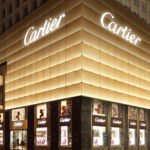