If it’s true that consumers today are more into experiences than simply buying products off of shelves, than Apple may be onto something with its new generation design focused on transforming its locations into something akin to “town squares.”

“The company’s new generation of stores is more about enriching the lives of its customers than simply selling them things”, said Angela Ahrendts, Apple’s senior vice president of retail.

The new stores, as reported by Fortune, will hold what Ms. Ahrendts called “Teacher Tuesdays” to help educators discover ways they may more effectively bring technology into classrooms.

Creative pros will also be available to help customers learn how to perform tasks, such as taking better photos using their iPhones.

By the end of the year, 95 of Apple’s stores will be remodelled to reflect the company’s new vision for its retail business.

Among the new community features of the new stores is Apple’s plan to recruit artists, musicians and others to “bring people out of their digital bubbles,” according to MacRumors.

“Apple was one of the first retailers to recognise that a store isn’t just a place to sell merchandise,” said Professor Gene Detroyer of the European School of Economics. “These plans are no more than an extension of what has already been implemented.” 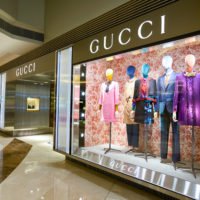