Amazon Prime Day will include China and India on July 11th

Amazon’s Black Friday-like event for the summer will be back for the third time. On July 11th, the e-commerce giant will hold the third annual “Prime Day,” and this time, more people will be able to take advantage of all the deals on offer.

To start with, the event will last for 30 hours instead of the usual 24 and will begin at 9PM Eastern on July 10th. In addition, Amazon is launching the event for the first time in China, India and Mexico, which only recently joined the list of countries where the company’s Prime service is available. Customers in the US, UK, Spain, Japan, Italy, Germany, France, Canada, Belgium and Austria will be able to participate as always.

While the event itself won’t begin until the evening of July 10th, Amazon will reveal exclusive promos for Prime members every day until then. It is possible to access the first batch of promotions starting today, which include access to Amazon Music Unlimited for 99 cents, 40 percent off Kindle Unlimited membership and 40 percent off Audible for your first six months on the audiobooks service. Alexa-exclusive deals are also to be checked out when having an Echo or a Tap speaker, a Fire TV or a Fire table, since they typically include bigger discounts than what you’ll find on the website. 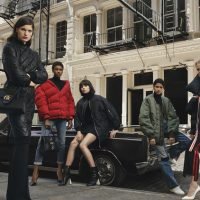