Sweden Acne Studios has once again transformed the focus of its Shibuya store in Tokyo, which is now a Japanese retail space dedicated to accessories.

Dubbed the ‘Project Store’, the Scandinavian luxury brand has redesigned the 68-square-metre space, with the help of design firm Kasthall, which will now retail the brand’s most recent collection of leather goods for the next year.

The new accessories line includes two iconic bags by Acne Studio’s own brand Musubi & Baker, which feature on the new store façade, in addition to smaller leather goods such as cardholders, key rings, and wallets.

The capsule collection was created specially for the launch in Japan and features red stitching and metal eyelets. The items are available at the Tokyo store, as well as on the brand’s e-commerce site for global distribution.

The Shibuya Tokyo store first opened in 2007 and since then, it has been the home of some of Acne’s most unique collections and capsule lines.

Following a shift in minority shareholder ownership – when Öresund, Creades and Pan Capital funds was replaced with IDG Capital and the clothing business I.T. Group – Acnes Studios has continued its assault on Asia.

The European label has retail stores in Hong Kong, South Korea, and Japan, as well as a recent opening in China, launching a store in Beijing in 2018.

Looking ahead, Acne Studios is planning to open a store in Chengdu this month, bringing its global store count 59.

SEE ALSO : Acne Studios is looking for a buyer

Founded in 1996 by Jonny Johansson and Mikael Schiller, Stockholm-based Acne Studios reports yearly revenues of $225.5 million. The founders still own a majority stake in the company, which is reportedly valued at $570 million. 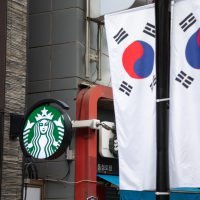 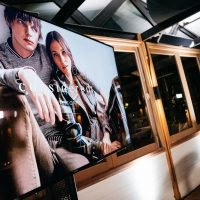