This is the first time the country has tried to directly regulate its freewheeling online marketplace. Passed by the Chinese legislative body in August, the new law comprises 89 articles that oversee everything from advertising and delivery to customer complaints.

The comprehensive act applies to operators of online shopping malls and similar platforms, the companies selling products and services on them, and independent merchants with their own websites — all who must register with the government. Those who violate the law will be subject to fines or other penalties.

Passage of the law reflects China’s oft-held approach of first allowing unfettered growth in promising sectors before reining them in.

Foreign companies will also have to abide by the new law. Sanwa Supply, a Japanese seller of computer peripherals, is checking its Chinese website to make sure it complies with the new law, according to the president of its Shanghai subsidiary.

China is an important market for Sanwa, which sells through Tmall and other Chinese e-commerce sites. The new law has forced the company to carefully check its advertising and pricing ahead of China’s Singles Day online shopping event on Nov. 11, fearing increased government scrutiny prior to the law taking effect.

According to an April report by Japan’s Ministry of Economy, Trade and Industry, China has the world’s largest e-commerce market, worth $1.1 trillion in 2017, 2.5 times more than the U.S., the second biggest.

As e-commerce in China grows, many websites are offering imported goods or other services that violate intellectual property rights — like selling fake brand-name goods — or are not paying taxes.

Beijing has tried to use existing commerce laws to crack down on violations but with little success.

One of the regulations obliges platform operators to monitor their vendors. Any platform that allows vendors to operate in violation of the law can be held liable and punished.

For example, an online mall can be held responsible for copyright infringement if one of its vendors sells fake products. In this case, the mall operator must deal with customer complaints and take appropriate action against the vendor. If not, the mall could face fines of up to 2 million yuan ($288,000).

Despite having to increase oversight of their e-commerce activities, foreign companies stand to benefit in China’s online marketplace, where dodgy local competitors can gain an edge. Kenichiro Hagiwara, vice president of the Shanghai unit of office supply company Kokuyo, said the new law is a boon because of toughened control over “websites willing to conduct business illegally.”

A spokesperson for Shiseido said the cosmetics maker is expecting e-commerce in China to improve under the law.

Chen notes a regulation in the law that prohibits major e-commerce operators from imposing unfair demands on vendors. “Japanese companies will be able to adopt flexible sales strategies because the law bans major e-commerce sites from forbidding vendors to sell on other sites,” he said. 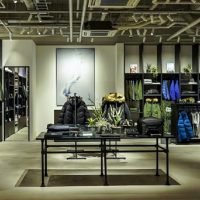 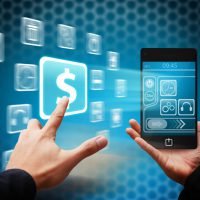