Why is Farfetch betting on sneakers?

In its first major move since going public in September, Farfetch announced Wednesday that it is acquiring sneaker and streetwear marketplace Stadium Goods in a deal that values the business at $250 million.

The London-based fashion e-commerce platform is aiming to extend its reach in the growing luxury sneakers and streetwear market, as millennials account for a growing percentage of luxury sales and competitors are engaged in a digital land grab.

Farfetch first partnered with Stadium Goods, a consignment reseller of rare and limited edition products, on a distribution deal in April of 2018, bringing a small selection of products sold on Stadium Goods to the Farfetch platform.

After the deal closes, Stadium Goods’s full inventory  will be available to Farfetch users. Stadium Goods will continue to operate independently while tapping into Farfetch’s logistics and delivery capabilities.

The world’s largest fashion e-commerce players, including Farfetch, MatchesFashion and Richemont’s Yoox Net-a-Porter, are locked in a race to add new services and technologies through investments, acquisitions and internal research and development in order to stay ahead of the pack, generate higher margins and become the go-to platform for consumers and brands.

Farfetch founder chief executive Jose Neves said that while his marketplace has built a following around high-end streetwear, “we did not have access to the rare sneakers, to the premium limited editions in the secondary market” that Stadium Goods Offers. The partnership has so far generated “phenomenal, immediate traction” from all of Farfetch’s markets, especially China, Japan, Russia and the Middle East.

“[Sneakers] are growing faster than other categories and we see the same on Farfetch,” added Neves. “We now have the strongest secondary market brand, in our view.” Stadium Goods competes directly with other streetwear-focused platforms StockX, Grailed and GOAT.

Stadium Goods co-founder and chief executive John McPheters said Farfetch’s international reach would be a major boost to the business.

Most of Stadium Goods’ sales happen online, and the marketplace has partnered with larger digital retailers including Amazon, eBay, Zalando and Alibaba to scale its access to sneakerheads. Last year, it turned over $100 million in gross merchandise volume.

Both Farfetch and Stadium Goods are focused on capitalising on China’s growing luxury market, but they have taken different approaches.

JD.com, China’s second-largest e-commerce company, has a stake in Farfetch. Meanwhile, Stadium Goods started selling products on JD.com rival Alibaba’s Tmall in 2016, and the company has said the channel now accounts for 15 percent to 20 percent of total sales.

McPheters said Stadium Goods’s relationships with its existing e-commerce partners will remain “business as usual,” batting away the suggestion of a potential conflict between the two company’s respective alliances with JD.com and Tmall.

Farfetch, which went public on the New York Stock Exchange in September 2018, has aspirations to be the “Amazon for luxury,” adopting the e-commerce giant’s marketplace model. Third-party sellers, from tiny boutiques to global brands and retailers, list products on the site, with Farfetch processing sales and sometimes handling the logistics, but not taking inventory.

Since going public, Farfetch has made clear its aggressive focus on new markets, pursuing more business in emerging economies such as China and the Middle East, as well as signing on additional retailers and brands. Neves told analysts in November that he wants Farfetch to take the “lion’s share” of new luxury spending online over the next decade.

The company reported $310 million in sales on its platform in the third quarter, a 53 percent jump from the same time last year, and putting Farfetch on track to handle transactions worth well over $1 billion for the full year.

Farfetch’s cut of each sale is around 30 percent. Losses are also growing, as it invests heavily in technology, hitting $77 million in the third quarter of 2018, up from $28 million during the same period the previous year.

“We will continue to look only at world-class absolute leaders in specific markets or technologies or categories, and nothing else,” said Neves, describing his strategy around potential future acquisitions as case-by-case. “I believe first in deals that are win-wins.”

Stadium Goods opened in New York’s Soho in 2015, reselling limited edition sneakers to a growing market of fans ready and eager to pay thousands of dollars for rare pairs. Founded by McPheters and Stiller, the business raised $4.6 million in January 2017 in a Series A funding round led by Forerunner Ventures. In February 2018, LVMH bought an undisclosed minority stake in the business. 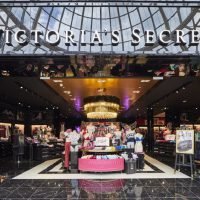 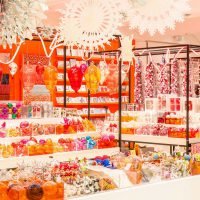 Lotte brings in The Conran Shop to Korea