Victoria’s Secret is falling into the same trap that has been killing Macy’s, J. Crew, and Nordstrom

Victoria’s Secret is succumbing to a dangerous trend in retail.

A recent Wedbush Securities report says that widespread sales are helping bring in foot traffic, “though margins are likely down given the incremental discounting.” And in a report a few weeks ago, Wedbush pointed out that Victoria’s Secret had two back-to-back sales: the very new One Sexy Sale, followed directly by the Semi Annual Sale. Prior to this point, customers had to wait much longer for Victoria’s Secret lingerie to go on sale.

When Business Insider reached out to Victoria’s Secret at the time of the earlier report, a spokesperson said that the purpose of the extra sale was to help clear out inventory from categories that the company is currently phasing out – namely, swimwear.

Additionally, Victoria’s Secret is the process of restructuring its business to focus on three core categories: lingerie, its younger sister brand, Pink, and its beauty sector.

But even if the sale was expressly for clearing swimwear inventory, make no mistake: in this economy, consumers will quickly become conditioned to shopping only on sale.

Most of traditional mall retail’s iconic stores have suffered blow after blow while trying to wean people off of promotions.

“I will be the first to say that when you start tightening up in promotion, you are playing a game of chicken with your customers,” Gap Inc.’s CEO Arthur Peck said on a recent conference call.

Nordstrom has been damaging its own status a premiere retailer with its rapidly growing off-price Rack store and continual discounts.

Victoria’s Secret has long been one of the few traditional mall retailers that have been performing solidly amid an otherwise troubling time. It helps that it has a stronghold on the lingerie market, but if people can get that same lingerie on sale, recent trends in retail seem to show that they’ll do that before paying full price. 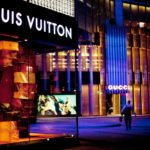 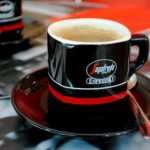