Fast Retailing Co., the operator of Uniqlo casual clothing stores, said that annual overseas sales at the Uniqlo division surpassed ¥1 trillion for the first time ever.

In the year to August, such overseas sales rose 14.5 percent year on year to ¥1.02 trillion.

Backed by brisk sales in China and Southeastern Asia, overseas Uniqlo operating profit grew 16.8 percent to ¥138 billion, exceeding that of the domestic Uniqlo sector for the first time.

Operating profit also decreased in South Korea, where a campaign to boycott Japanese products is ongoing. 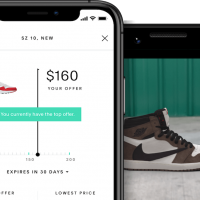