Among the investors who snapped up shares in luxury e-commerce marketplace Farfetch after its September IPO was one buyer with little interest in operating profits or projected revenue.

People for the Ethical Treatment of Animals pounced on shares in the newly public company so it could make its case directly to ban fur sales on the platform.

They needn’t have bothered.

Farfetch quietly committed to going fur free in May, inserting a promise in the terms and conditions section of its website to stop selling items made with fur by the end of next year.

Farfetch joins a growing list of luxury brands and retailers turning their backs on animal fur.

Within the past 18 months, Yoox Net-a-Porter, Gucci, Michael Kors, Versace, Furla, Burberry and DVF have all announced anti-fur policies, while this year’s September London Fashion Week became the first of the major fashion weeks not to show any fur on the catwalk.

Within the luxury space, the balance has tilted against fur.

In the 1980s, fur was synonymous with luxury, representing a status symbol for many women.

The global fur trade is valued at $40 billion, but today fur is central to the image — and revenue — of only a handful of major brands.

Meanwhile, anti-fur messaging is being amplified by social media and a millennial customer base that is paying closer attention to the values represented by the products they buy.

For brands like Gucci, the goodwill generated by banning fur outweighs the sacrifice of a few million dollars in sales of fur-trimmed loafers.

“[It’s about] being more modern in our thinking and our approach to business and how we talk and engage with our consumer and our community of women,” Sandra Campos, chief executive at DVF, said of the decision earlier this month to stop using fur, exotic skins, mohair and angora in upcoming collections.

“No one really wanted to associate the brand with [fur]. We don’t need real fur to have a status symbol anymore.”

The anti-fur movement has ebbed and flowed for decades.

Calvin Klein stopped using fur in 1994, the same year Peta ran a campaign featuring supermodels including Naomi Campbell and Christy Turlington, who claimed they would “rather go naked than wear fur.”

Gucci kicked off the latest wave of brands announcing fur bans in October 2017.

Winning over luxury’s hottest brand was a coup for animal-rights activists who had been targeting specific companies for almost a decade via a mix of behind-the-scenes talk and public protest.

In July 2017, more than 20 animal rights activists heckled Michael Kors during a speech, while in September 2017, Burberry’s London Fashion Week show was disrupted by about 250 anti-fur protesters.

The rise of social media has provided the general public with a direct line of communication to companies and a platform for opinions and protest, making it harder for brands to ignore targeted activism.

It’s also given animal rights organisations a platform for mobilising consumers into action.

The global fur industry is fighting back, launching its own campaign making the case for fur as a natural, sustainable product that is better for the environment than alternatives, which are often made from plastic.

One recent campaign featured Fendi and Oscar de la Renta, among other brands.

“Brands are under huge pressure to respond to social media and avoid any controversy,” says Mark Oaten, chief executive of the IFF.

“Even in a five year period that has changed … the fear of reputational damage is increased at the moment.”

Prior to announcing its fur-free policy last June, Yoox Net-a-Porter surveyed 24,000 customers: 72 percent said social or environmental considerations drove their purchasing decisions at least some of the time, while 58 percent said having more information about the ethics and sustainability of a product would influence their shopping choices.

Indeed, the idea of what luxury means to consumers today has evolved.

“Companies that want to position themselves as corporate social responsibility leaders are seeing the marketing potential of going fur free, especially with new luxury consumers.”

For a brand like Michael Kors or Burberry, going fur free won’t have much impact on the bottom line, while providing a marketing boost.

For DVF, fur was “a very minimal percentage” of the overall business, said Campos.

“It wasn’t something we relied on heavily at all,” she said. “It made sense for us to walk away from it in total.”

Similarly, Gucci’s decision to bet on animal rights activism wasn’t much of a trade-off, as the brand sold only €10 million ($12 million) in fur products last year, less than 0.2 percent of revenue.

Gucci’s Instagram post announcing the news was among the brand’s top performing posts at the time of the announcement, amassing 179,524 likes.

Even brands that still use fur are acknowledging shifting attitudes.

Fendi, which started as a furrier in 1925, rebranded its Couture Week show this past July as haute couture, rather than the haute fourrure description it used in recent seasons.

And while fur was still present in the label’s Spring 2019 collection, it was less prominent than in past seasons.

Prada, too, has been decreasing its use of fur.

Recently the brand has come under pressure as a result of a targeted campaign spearheaded by the Fur Free Alliance, a coalition of 40 animal rights groups.

According to the company, thousands of e-mails demanding it bans animal fur have been sent to the Prada Group and personal addresses of employees.

However, the company has not announced plans to stop using fur.

“We believe it is important to stress that all the advertising campaigns of the Group’s brands, together with the fashion shows and displays in the shop windows, have not been presenting these products for some time, in order to discourage demand from consumers,” the Italian house said in a statement. 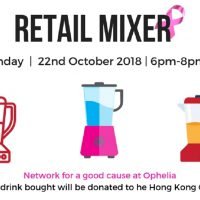 Join us tonight at Ophelia!
Next Article 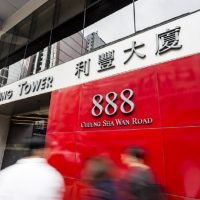