Walt Disney Co.’s $5.5 billion Shanghai theme park, its first in mainland China, opened with fireworks, a dancing Mickey Mouse, dignitaries, and messages of support from two of the most powerful presidents in the world.

“I hope that Shanghai Disney can provide visitors with safe and premium experiences and become a world-class theme park. I hope it promotes exchanges across cultures of the world,” said a letter from Chinese President Xi Jinping, read by Vice Premier Wang Yang at the park’s opening ceremony Thursday morning.

Tens of thousands are expected to stream into Shanghai Disneyland on its debut, after nearly two decades in the making. The resort is the largest foreign investment ever for the Burbank, California-based company, as it intensifies the race to dominate China’s $610 billion tourism industry.

“The resort captures the promise of our bilateral relationship,” U.S. President Barack Obama said in a letter, which Disney Chief Executive Officer Robert Iger read at the ceremony attended by senior officials including Shanghai’s Communist Party secretary and its mayor.

The entertainment giant has already begun construction to expand attractions within the park’s 1,729 acres of land, Mr. Iger said at a briefing Wednesday. The existing resort covers about 963 acres.

“Nothing is as impactful, nothing creates a connection to our stories, to our brands, to our characters, than a theme park experience,” said Mr. Iger. “The experience people have when they spend time in our theme parks is immersive. They not only hear and see our stories but they actually enter them, they live in them.”

While most of the 300 theme parks in China are currently unprofitable ventures, Disney is leading an incoming wave of top-notch megaparks developed by both local and foreign operators competing for a tourism industry that is set to double by 2020. 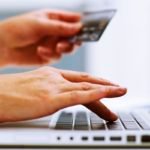 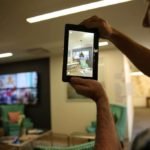