Rihanna to launch a fashion house with LVMH

WWD reported that, according to multiple sources, the Rihanna is working with French luxury conglomerate LVMH to launch a luxury house under her name.

It would be the first time LVMH has launched a brand new label since Christian Lacroix in 1987. No word on an official launch date, but perhaps that is why Rihanna is suing her father now over the ‘Fenty’ name as he could be holding up proceedings with LVMH.

The pairing makes sense. In 2015, Rihanna appeared in Christian Dior’s “Secret Garden IV” ad shot at Versailles, the first Black woman to front a campaign for the French fashion house. She also created a line of Dior sunglasses in 2016.

What is more, she launched Fenty Beauty by Rihanna under the Kendo, LVMH’s incubator to produce products that ultimately end up in Sephora, or in this case, change the way beauty products are marketed.

WWD reported that Fenty Beauty made close to $100 in a matter of weeks — a great sign for Rihanna’s impending luxury offering.

Sources tell WWD Rihanna is a “hands-on type” who is very involved in the range’s product development (she was reportedly said to be the same way while creating for Puma and Savage x Fenty).

It is believed LVMH started forming a team six months ago, handpicking employees from Louis Vuitton and Celine to work on the fashion house’s ready-to-wear, leather goods and accessories. And hold on to your Fenty x Savage hats here, the line is to be released in tandem with her ninth album expected to drop later this year.

We already cannot wait to be fresh off of Rihanna’s runway. 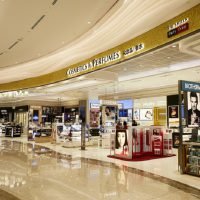 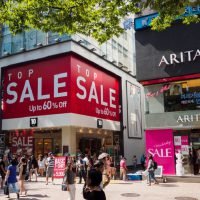 Korea Grand Sale gears up for kick off