Ralph Lauren to cut about 1,000 jobs and shut shops

Ralph Lauren Corp (RL.N) is cutting about 1,000 jobs and closing 50 stores as part of a sweeping plan to lower costs and revive sales growth at the luxury fashion brand.

Shares of Ralph Lauren, which also forecast declines in full-year and first-quarter revenue, fell as much as 10.4 percent to $86.32 in early trading on Tuesday.

Ralph Lauren, like some other luxury brands, has been struggling amid sluggish spending on luxury apparel and accessories. The company’s margins have taken a knock as department stores discount heavily to get rid of excess inventory.

Moreover, the company’s lower-end Polo and Lauren brands are facing competition from retailers such as H&M (HMb.ST) and Inditex’s (ITX.MC) Zara, which are known for their shorter production times.

Ralph Lauren said on Tuesday it would try to reduce the time taken to get new products to shelves to nine months from 15.

The company brought in Stefan Larsson as chief executive late last year in the hope that he would replicate his success of reviving sales at Gap Inc’s (GPS.N) Old Navy, where he cut down production times and focused on offering trendy clothes at low prices.

Larsson has also worked with H&M for about 15 years, where he helped grow the company’s sales to $17 billion from $3 billion and introduced partnerships with luxury brands such as Versace and Karl Lagerfeld.

The company will focus on its luxury Ralph Lauren line and the lower-end Polo and Lauren brands, Larsson said in the 49-year old company’s first investor day call on Tuesday. 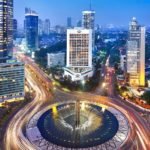 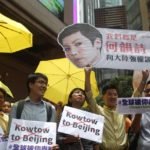