It will be taking over from Nike as it seeks to make up for losing another of its Premier League teams, Arsenal to rival Adidas from next season.

The official size of the deal has not been disclosed but it is reportedly a decade-long agreement valued at around £65 million ($86 million) a year.

“Our relationship with Puma, covering five City Football Group clubs across four continents, will reset the model for sports partnerships on a truly global scale whilst being locally relevant and authentic for fans around the world,” Ferran Soriano, CEO of Manchester City said in a statement.

Puma will also be supplying all CFG’s extended teams including men’s, women’s, and youth soccer, but not its MLS team New York City FC, due to a league-wide US agreement with Adidas.

“Puma’s partnership with City Football Group is the largest deal that we have ever done — both in scope and ambition,” said Bjorn Gulden, CEO of PUMA, in a statement.

“We want to maximize on-field performance as well as soccer culture, in areas such as music, gaming and fashion to connect and inspire the fanbase of each team,”  he continued.

Arsenal announced its switch back to Adidas back in October, with the North London team signing a five-year deal reportedly worth £300 million from next season until 2024.

The value of Manchester City’s deal per season would see it jump above Arsenal’s as third in the most lucrative kit deals in soccer, behind Barcelona’s contract with American company Nike and Manchester United’s with Adidas which are worth £140 million and £75 million-a-year, respectively. 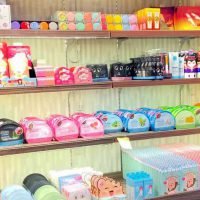