Pernod Ricard, one of the world’s leading whisky producers, is officially breaking ground on the site of China’s first ever iconic malt whisky distillery, the first distillery from an international spirits and wine group in the country.

Situated at Emeishan, Sichuan, Pernod Ricard envisions an innovative approach to malt whisky making that celebrates the natural beauty of the climate in the region, renowned for its pristine water source and natural terroir.

With a potential investment of one billion RMB (150 million USD) for the next decade, the 13-hectare distillery site will boast a state-of-the-art malt whisky distillation facility, due to begin production in 2021.

The Emeishan Malt Whisky Distillery will be first in the world to appoint a Chinese master distiller, fusing authentic whisky-making craftsmanship and local knowledge to create an iconic malt whisky.

The Distillery will also house an immersive visitor centre, scheduled to open in 2021, with the ambition of complementing the local tourism industry by becoming a new world-class destination that will attract 2 million+ tourists over the first decade of its opening.

Philippe Guettat, Chairman and CEO of Pernod Ricard Asia, said, “The ground-breaking of the distillery signifies the beginning of a journey of innovation, expertise, and dedication to craft a new, iconic malt whisky that embraces whisky history and heritage with a character unique to Chinese culture. It is both the symbol of our strong history with China after three decades of operation and the sign of our deep confidence into the future of international style spirits in this fascinating market.”

“We are proud to be part of China’s fabric and contributing to the sustainable growth of its economy and society, by transferring whisky-making expertise to the people, credibility to the region and the spirit of conviviality to visitors and consumers alike,” continued Philippe.

Neri&Hu will design the distillery as a new cultural icon that celebrates the local culture and the brand’s spirit of innovation – allowing people to discover the beauty of Emeishan through a new lens.

In line with Pernod Ricard’s global principles of its Sustainability & Responsibility roadmap 2030, the distillery demonstrates deep respect for the heritage of the region and the land, which will be brought to life through a vernacular design approach that prioritises the preservation of local resources and environment while allowing a perfect harmony between the distillery experience and the panoramas of the mountain.

The materials used throughout the architecture take their influence from the native site, with stone walls built from the very boulders extracted from the ground during levelling and rooftiles assembled by a mixture of reclaimed and new tiles in the region to infuse history and local heritage into the design.

This will be accented by the materials used in whisky craft, from copper and metal referencing the striking copper distillation pots to wood referencing the aged oak casks. The result is a fine-tuned balance of rustic and refined, hard and soft, cool and warm, natural and crafted – a representation of the Yin and Yang in the Chinese culture.

Guettat says, “The decision to bring the iconic malt whisky from Emeishan Malt Whisky Distillery to the world stage demonstrates China’s burgeoning passion for the spirit and will showcase Pernod Ricard’s experience in creating and operating twenty of the world’s most prestigious whisky distilleries.” 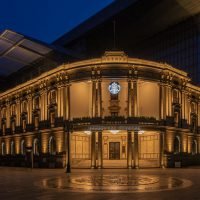 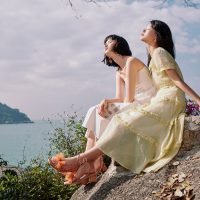 Fashion, China, and e-commerce: how do they all come together?