If you thought the Pandora party was over, think again.

The Danish maker of charms, rings and earrings that can sell for less than 100 pounds ($144), reported better-than-expected first-quarter profit, and raised its sales and earnings forecast for the full year.

In the current environment, luxury goods groups need affordable products, a great digital experience or a buzz about their brands to win sales from more discerning shoppers. Pandora certainly has the first of those: luxurious treats or gifts that won’t break the bank. Think of it as competing with the lower end of Tiffany’s trinkets. And it’s working on keeping the brand fresh too, expanding categories such as earrings.

They’ve certainly hit a sweet spot in China, where shoppers are shying away from more overt displays of wealth amid slower economic growth and anti-graft measures.

Overall, group revenue was 34 percent higher in the first quarter. That’s slower than the 40 percent across the whole of 2015. But it’s pretty impressive when compared to sluggish growth in the luxury market. Margins are also stronger, with an Ebitda margin of more than 38 percent expected this year, better than the previous forecast.

Yet as Bloomberg Intelligence notes, Pandora’s success hasn’t gone unnoticed by rivals. In particular, Hong Kong-based jewelers are tantalized by the greater demand for more affordable pieces — and those fat margins.

Pandora’s also having to invest heavily in new stores and production facilities to stay ahead, to the tune of 1 billion krone ($150 million) a year, though it can afford to. It’s throwing off plenty of cash. Quarterly free cash flow rose 37 percent year-on-year to 1.36 billion krone. 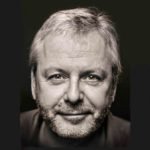 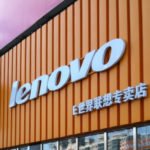 Lenovo not keen on opening own stores in India