Monocle: from paper to bricks

Tyler Brûlé, Monocle’s founder and chairman, is working on plans to launch a high-end apartment complex in Bangkok in partnership with a luxury Thai property developer.

Monocle is the latest upmarket brand to team up with property developers, following ventures launched by Bulgari, Armani and Aston Martin. If the Bangkok project proves successful, Brûlé said the style and travel magazine could launch bespoke residences in a dozen world cities.

Brûlé said that after devoting “countless” issues of Monocle to how to create the perfect apartment, the pressure is on to convert those sleek design spreads into reality. “We have had a lot of fantasies about it,” Brûlé, 48, said. “Now we have to come good on those fantasies.

“We won’t be creating Monocle Towers,” he said in an interview with the Guardian. “We will create a new identity. It will be completely fresh. [But] we will use our readership base and design for them.

“We don’t see it [the Bangkok project] as a one-off, we see 10 to 12 cities we could do it in. We know where our readers are and where they travel, and we know what they like.”

The Bangkok project is in partnership with Sansiri, a $2bn (£1.5bn) Thai real estate developer which this week bought a 12.5% stake in Monocle for $6m. The investment values the 10-year-old magazine at about $47m. Brûlé, a Financial Times columnist and former war correspondent who was shot in the hand while on assignment in Afghanistan in 1994, and his family retain a 72% stake worth just under $34m.

Sansiri’s investment values Monocle – which has already branched out into guide books, a chain of boutiques, coffee shops and a 24-hour digital radio station – at considerably less than the $115m valuation it achieved when Nikkei, the Japanese owner of the FT, bought a 2.4% stake in 2014. Brûlé began the magazine in 2007 with a £3m investment – backed by the windfall from selling Wallpaper*, his previous magazine, to Time Inc for a reported $1.6m in 1997.

Brûlé said he was “thrilled” with the Sansiri valuation, even if it is lower than the loftier price achieved by the Nikkei deal when, as Brûlé admits, “everyone was doing a dance on our side”.

“We’re not fretting about the [Sansiri] valuation. We still own 70% of the company, and I’m not looking to buy a vineyard. If I were I would be more concerned about the valuation,” he said. “We’re not publicly traded. We can do what we want.”

Brûlé said most of the money made from the magazine gets reinvested in the product. “There are no vineyards – I’m never going to have a garage of antique cars. There is the odd painting here and there.”

He rents a house in Zurich and an apartment in London. But the Canadian journalist-turned-entrepreneur said he spends most of his time on the road, particularly in south-east Asia where he plans to open a new bureau.

Monocle is exploiting a growing trend of luxury names using their recognition among the wealthy to partner with property developers. Aston Martin recently broke ground on a 66-storey tower in Miami with an infinity pool on the roof, an art gallery, two cinemas and an Aston Martin supercar parked in the lobby. The 391 apartments will range in cost from $600,000 for a 700 sq ft space to $50m for a 19,000 sq ft penthouse. Armani already has its own 57-storey luxury tower on Miami beach, and another in Dubai.

In London, luxury goods group LVMH opened the Bulgari-branded hotel and residences in Knightsbridge. The complex, which says its “aim is to convey the excitement of the Bulgari brand, its timeless glamour and its heritage of magnificent Roman jeweller”, quickly became London’s most expensive hotel, charging more than the Ritz and the Savoy. There are Bulgari residences in Milan, Bali and Beijing, and more planned in Dubai, Shanghai and Moscow.

Henry Pyror, a luxury property buying agent, said high-end brands are “cashing in on their appeal to the super-rich”.

“The Candy brothers blazed a trail with One Hyde Park,” Pryor said. “That became the brand that friends liked to boast about over lunch on Cap Ferrat. It has amazing sex appeal and now other brands are trying to ape that.

“That’s what Aston Martin and Monocle are looking at doing, and there are undoubtedly a lot of other luxury brands out there thinking about doing the same.”

Branding expert Mark Borkowski said Monocle residences could prove very popular as the magazine has developed a devoted audience among the rich. “Tyler is one of the most networked people in the world – a sort of global citizen, and he is always there to take the next opportunity,” he said. “He has successfully expanded the brand into shops, podcasts and cafes and very neat and stylised guides. The magazine’s trend-setting insights have obsessed the rich globally from Helsinki to Hanoi.

“This is another expansion of the brand, and it’s in Asia where the brand is very big. It could be something very interesting and of a totally new scale.”

Monocle’s 81,500 readers are dream customers for advertisers and property developers. These are rich, high-powered and highly travelled people in their late 30s and early 40s with plenty of disposable income.

Brûlé said it was hard to pigeonhole a typical Monocle reader, but the “hard data says core readers are 70% male, with the vast majority working in finance or running their own business”. The average age is 39, but he has got emails from readers as young as 19.

Advertising and content, Brûlé said, are fluid concepts at Monocle. “It isall blurred today, is not it?,” he said. “The majority is traditional advertising – buying the opening spread is what drives us. [But] there’s no question that 30%-40% of [revenue] is from special partnerships.”

The current issue – a special on Switzerland – has a Rolex advert for its opening spread, followed by spreads for Louis Vuitton, Saint Laurent and Swiss Airlines before readers get to any content. Among interviews with the president of Iceland and the defence minister of Colombia are 62 pages on Switzerland and barely disguised sponsored content for Fairmont Hotels, private Swiss bank Lombard Odier and Conrad Hotels.

Patrons sipping lattes and cappuccinos at the Monocle cafe in London’s Marylebone district said they’d be keen to move into a Monocle-designed apartment if they could afford it. “It makes sense for them to do it,” said Ali Monazah, a film producer who frequents the cafe daily. “It is for niche, it’s for the man who makes £200,000-£300,000 a year and travels 10 times a year. I’d live there if I could afford it, but I’m not quite in that wage bracket yet.” 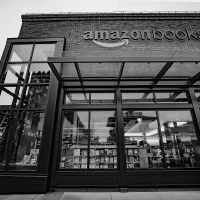 From clicks to bricks