A big fan of The Simpsons? It’s time to go to China, where the world’s first brick-and-mortar store dedicated to the show has just opened in Beijing.

A collaboration involving 20th Century Fox Consumer Products, Gracie Films and Her-Chain, the store is located in Taikoo Li Sanlitun, and features more than 125 specially curated products from The Simpsons, most of which are exclusives.

“The Simpsons store in Beijing offers that unique consumer engagement with one of the world’s most celebrated properties … [and] has been a true collaborative effort … We look forward to launching future stores for The Simpsons together,” said Jeffrey Godsick, 20th Century Fox consumer products president.

According to Her-Chain General Manager Yoyo You, the store will be offering a diverse range of products, all fashionable and iconic reflections of the brand, targeted to meet the demands of The Simpsons fans.

As expected, The Simpsons store brings together a number of aspects from the beloved TV show, from Bart Simpson’s silhouette greeting shoppers as they enter the establishment to the minimalist color blocks and custom art installations representing characters from Springfield. 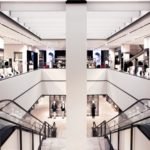 33 companies that are revolutionizing retail
Next Article 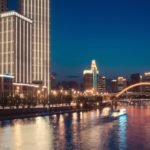