Lego has reinforced its position as the world’s biggest toymaker after Star Wars and Disney’s Frozen helped it record a sharp rise in sales.

Lego has increased its sales for 10 consecutive years, with 2015 another record year, putting it ahead of rival toymakers Hasbro and Mattel.

It sold an estimated 72bn bricks during the year and produced 725m mini-figures. The bestselling item was Elsa’s Sparkling Ice Castle from Frozen, while a model of the Millennium Falcon from Star Wars was second. 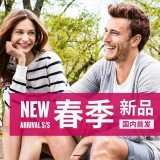