On Tuesday, the companies announced a pact that would combine Mattel’s (MAT, +0.63%) toy brands with Alibaba’s (BABA, -1.46%) data and insights into the Chinese consumer. The goal is for Mattel to tackle the $7 billion Chinese toy category, which has posted strong growth though average per-child spending on toys is low compared to Japan and Western markets. The U.S. toy industry, for example, generates $20.4 billion at retail and that market is far smaller in terms of population.

Margo Georgiadis, who became Mattel’s CEO last week, in a statement touted the combination of Mattel’s “unmatched expertise in childhood learning and development with Alibaba’s immense reach and unique consumer insights.” She added that because the Chinese toy market is highly fragmented, there’s a lot of potential for growth. “Working with Alibaba, we see a terrific opportunity to develop and lead the category,” Georgiadis said.

Under the collaboration, Mattel will market and sell brands like Barbie, Hot Wheels and Fisher-Price via Alibaba’s marketplace, targeting an audience of some 443 million active buyers. Mattel will also work with Alibaba to develop new toy products that would be made specifically for the Chinese consumer. Mattel has made some early inroads in the market with the Fisher-Price brand but says it can do more to make the company’s brands relevant to Chinese children and their parents.

A cultural barrier that Mattel and Alibaba will need to overcome is that when parents do have extra money to spend on their kids, they prefer to put it toward educational pursuits. Mattel says it wants to develop educational content that can persuade parents in China that buying toys can have a benefit too.

“Toys and play are an important part of a child’s early development, helping to drive IQ and EQ [emotional intelligence ] development, said Patty Wu, Mattel’s vice president of China growth, in a blog post. She explained that parents in China bought fewer toys than parents in other countries because they worried that playing would hurt academic performance. That mindset explains why China’s market for baby formula is three times larger than the U.S. but the toy industry is only 30% of the size. 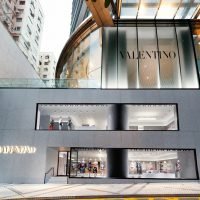 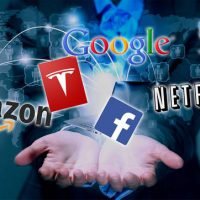 Amazon, Google take out Most Innovative Companies ranking in 2017