Skate Shops are the backbone of Skateboard Culture, and Vans Shop Riot is dedicated to Skate Shops & their teams, with this original series of contests across Asia-Pacific.

It is the perfect opportunity for Asian Skate Shops to show they are an integral part of their local scene, as well as highlighting they have the best skaters in their roster, who can win the series and generate worldwide exposure.

To make this year event more special, Vans Europe and Vans APAC have teamed up with Swedish artist Jacob Ovgren for this year’s event identity; well known for his comic styles and skateboard graphics from brand Polar Skate Co. Jacob’s artistic compulsion is rooted in the act of creating something out of nothing.

His appreciation for shock value is unmistakable and is applied generously throughout his body of work, juxtaposing bubbly comic imagery with mature themes, sexual and often violent in nature. Although the execution of his work is seemingly naïve, there is a
truth in his art that is fixed in reality.

Throughout the next 2 months all across the region Vans will host local qualifying events inviting the best Vans core-skate retailers head-to-head to skate for cash prizes.

This year, 47 of Asia-Pacific’s best Skate Shop teams are invited to participate, each Skate Shop will need to choose 3 of their top skaters to represent at local event qualifiers and the finals events.

The 1st place team from each local qualifier event will win an all-expenses paid trip to the Hong Kong House of Vans, which will happen on the 13th of September to skate in the Shop Riot finals, where even more cash prizes will be on offer. 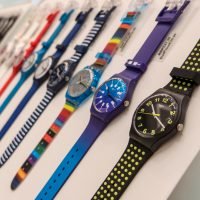